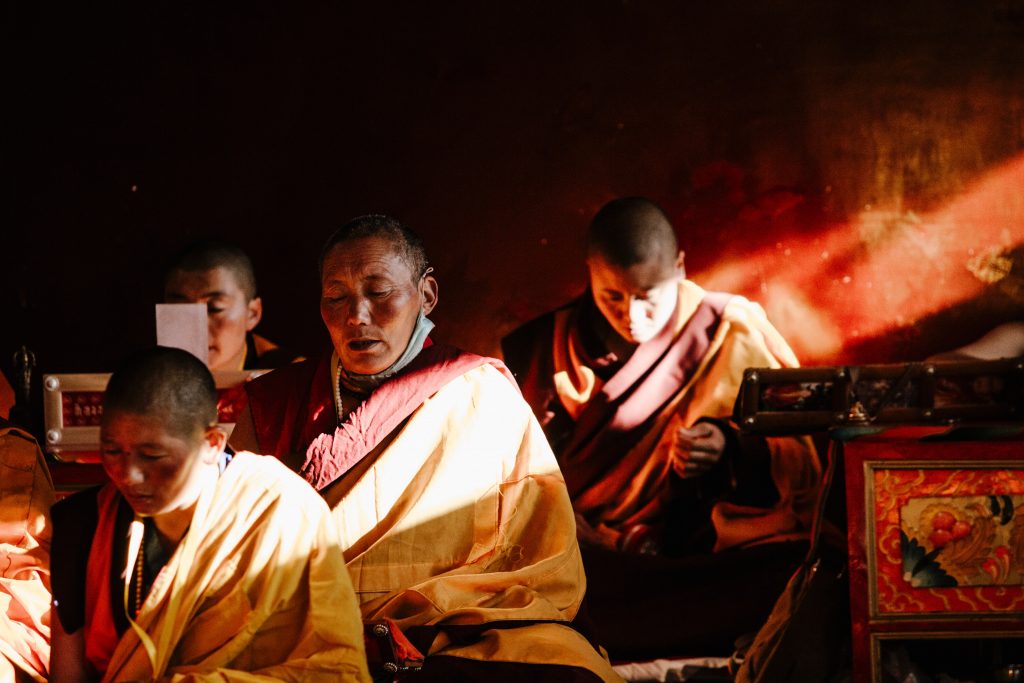 For thousands of years people have been using mind, body, energy and spiritual training, sometimes discovering it themselves, or learning from a teacher, master or guide.

Genuine Chi Kung and energy arts can seem inaccessible. Much of what has been written and translated is in arcane language. Those who had the knowledge and skills were sometimes reluctant to share them. So people trying to learn have often met with difficulties, whether in finding a teacher, or being able to make sense of and apply the teaching to their daily lives.

We are fortunate to have access to simple, understandable practices to work on mind, body, energy and spirit.

Three of the great teachers that directly influence the methods and skills we use are Bodhidharma, Zhang San Feng and Grandmaster Wong Kiew Kit.

Bodhidharma is known as the patriarch of the Shaolin Arts. He was a Buddhist monk who travelled to the Shaolin Temple in China in around the 5th century AD. When he arrived, he found the monks weak and sickly, unable to cultivate their minds, energy and spirit for prolonged periods of time.

He impressed on the monks the need to be strong in body and mind, and taught them two sets of qigong exercises: the Eighteen Lohan Hands and Sinew Metamorphosis. Later he also taught the monks Bone Marrow Cleansing. These three exercises are still taught in our school and are considered to be the three treasures of Qigong.

Zhang San Feng, a great Shaolin Kung Fu master and the originator of Taijiquan, has also greatly influenced the way we practice today. He combined the physical skills of Kung Fu, the energy training of Chi Kung and the mind training of Zen meditation into one practice known as ‘Triple Cultivation’- body, energy and mind/spirit training.

Grandmaster Wong Kiew Kit has dedicated his life to studying, practicing and passing on the arts passed down from Bodhidharma and Zhang San Feng. He has passed them on to us simply and directly so that everyone can experience the benefits of better health, more vitality and a clearer mind, with just a short 10 minute daily practice.